Once Upon A One More Time

Ashley is beyond thrilled to join the company of “Once Upon A One More Time” as Sleeping Beauty!! Their pre-Broadway run will happen April 14 – May 17 in Chicago at the James M. Nederlander Theater!

This captivating new holiday musical reveals the untold story of young Kris Kringle. Discover what happens when an evil toy company CEO crosses paths with a starry-eyed, jobless toymaker whose family name carries a curse with the power to destroy Christmas. From the top of the world in the North Pole, Kris Kringle teams up with Santa and Mrs. Claus, the beautiful Evelyn Noel, a band of hilarious Apprentices and Elves, and magical Toys to remind us what Christmas is really all about: hope, family, and forgiveness.

Check out Season 6, Episode 6 to spot a familiar face! Choreography by the one and only James Gray!

Ashley got to live out her dream of being a singing & dancing Poppyseed Bagel! She opened the final night of Jimmy Kimmel Live at Brooklyn Academy of Music onstage with Jason Alexander and Tracy Morgan in this hilarious segment choreographed by Sagan Rose!

The Way The World Could Be

Join us at The Green Room 42 for a revolutionary evening featuring musical theatre songs of the past and present envisioned in a brand new light! Featuring the music of Michael John LaChiusa, Stephen Sondheim, Jason Robert Brown, Stephen Schwartz, and Kander & Ebb, each song will explore the creative opportunities we have as contemporary theatre artists to display the way the world could be.

Web series: This is B.S.

Ashley is taking part in This is B.S. an 8-part web series chronicling the ups and downs of a life in the theater…well, in-the-middle-of-nowhere-non-union-summer-stock theater. Ted, the eccentric artistic director of The Bristle Shores Playhouse, welcomes a documentary crew for the summer season, hungry to grow his audience. From the initial auditions through a tumultuous rehearsal process and “tech week,” watch as this colorful cast of actors (and their overworked stagehand) create drama on and off stage, and come together in the pursuit of the one thing they all love—making theater.

Ashley joins the company of Annie at North Carolina Theater directed by Eric Woodall and Choreographed by James Gray!

The Public Theater will celebrate a number of women who have contributed to the Off-Broadway company’s artistic life at its upcoming gala, Women of the Public. The evening, to be held June 3 at the Delacorte Theater in Central Park, will celebrate playwrights, composers, directors, performers, and institutional leaders.

KPOP Performs at the Lortel Awards!

KPOP returned for a reunion performance at the 2019 Lucille Lortel Awards! 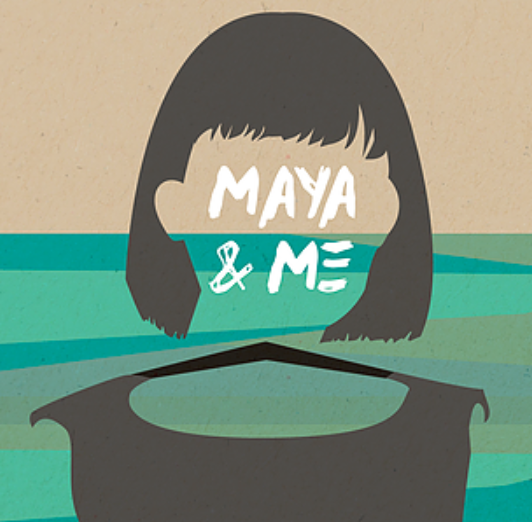 Maya & Me is an exploration of one Chinese-American girl’s relationship with an iconic piece of public art. As she digs deeper for answers she may never find, her connection with Maya Lin blossoms into something she has never expected.

Ashley made her debut at The Green Room with “Off the Line,” an evening of music, dance, and laughter with the touring cast of A Chorus Line.

Ashley will be taking part in a reading of Jason Robert Brown and Kenneth Lin’s  latest project, “Farewell My Concubine” directed by Moises Kauffman, music direction by Tom Murray.

Ashley will be working with writers Lynne Shankel and Sara Cooper on their latest piece, a modern day adaptation of the famous Helen of Troy.

Ashley stars as Serena, a Karaoke Pop Star in a short film directed by Wilson Lai! Look out for it’s premiere in May 2019!

MECHANICAL, a Reading of a New Musical!

Ashley is part of a staged reading of MECHANICAL, a new musical by Sara Cooper and Mike Pettry, funded in part by a New Works Grant from Queens Council on the Arts!

Catch some of the city’s most exciting new talent in this summer concert showcase opportunity for college-age performers and recent grads!  Enjoy a thrilling concert evening of songs written by outstanding up-and-coming writers.

Ashley is excited to announce that she is now a proud card-holding member!

Ashley will be appearing in the 2018 National Tour of A Chorus Line directed by legendary original cast member Baayork Lee!

Ashley has joined the Ars Nova KPOP family as an understudy/replacement in the role of Tiny D for the remainder of their almost sold out extended run!  Ashley will be joining the cast 10/6-10/21* for all the K-popping fun and could not be more excited!

*Ashley will be appearing in select shows, please contact directly for more information.